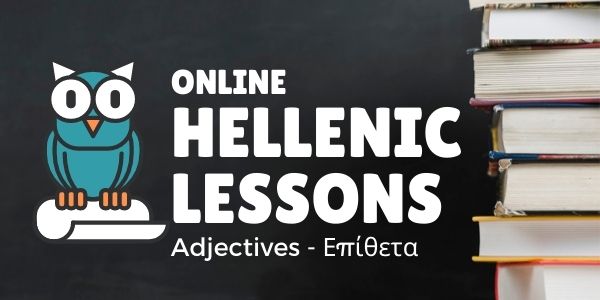 a tall man, a tall woman , a tall child.

In Greek, it isn’t so easy to describe a person. We need adjectives too, but since the Greek Language has genders, that means we need three words, one for male, one for female and one for neuter.

And finally, we need Cases, Nominative, Genitive, Accusative and Vocative.

So there are 8 words multiplied by 3 that gives us 24 words to describe a person as tall.

It will get easier by studying the rules of the gender, forms and cases.

First we learn the word in its three genders.

Then we learn the cases Nominative and Accusative in both Forms.

Then, we learn Genitive and Vocative.

We have to keep in our mind that 99% adjectives are each followed by a noun. So we have to learn to combine these two together in the same gender, form and case.

By practising it will be easier day by day.

Share this ArticleLike this article? Email it to a friend!
Email sent!